What Are The Odds That My Home Gets Struck By Lightning? 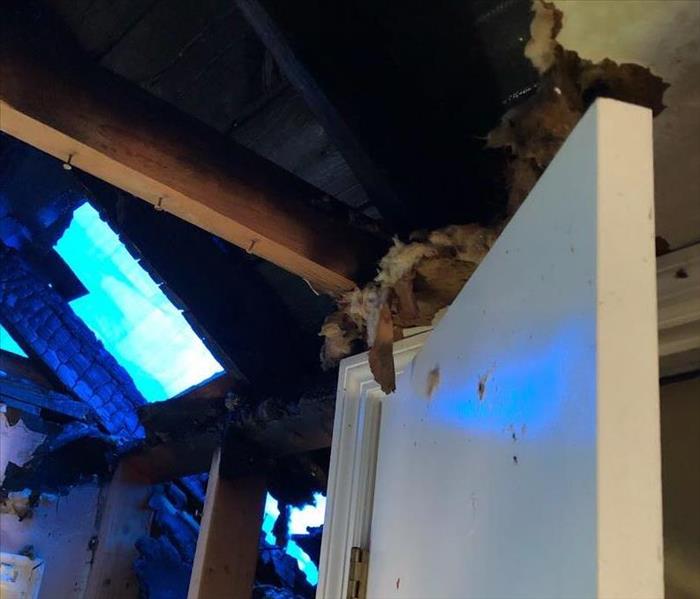 According to National Geographic, lightning is one of the leading weather-related causes of death and injury in the United States. You may think that it is unlikely that you or your home will be struck by lightning during a thunderstorm, but it is more common than you think. In fact, I have been in a home when it was struck my lightning. It was during a thunderstorm in the middle of the night. I was asleep when suddenly the loudest "bang" woke everyone up. There was smoke coming from the outlets and the power was out. We didn't know what to do! Luckily, the house did not catch on fire but it was extremely unsettling. So, what do you do if your home gets struck by lightning?

When lightning strikes your home, it often connects to a source first, then jumps to another source.  For example, it can connect to gutters, then jump to a window frame as a 'stepping stone' to the electrical system or water pipes. It can jump from wall outlets to sink faucets, depending on how strong the current is! Lightning presents three main concerns when it hits a home:

If your house gets struck by lightning, the first thing to do is call the fire department. As mentioned before, lightning can spark a fire in the wiring within the walls, and you may not be aware of the fire until it is visible. After the fire department inspects your home/eliminates the fire, you should take steps to restore your home. Depending on the extent of the damage, you may need an electrician to rewire your home. If the lightning did severe damage, it may be necessary to call a fire restoration company to clean your home and your contents.

The customer whose home is in the photo above was extremely grateful with the swiftness and kindness of the SERVPRO of Chattanooga staff who is working on restoring his home to preloss condition. Lightning may seem like one in a million, but like many disasters, you do not know until it happens to you. Be prepared when disaster strikes!